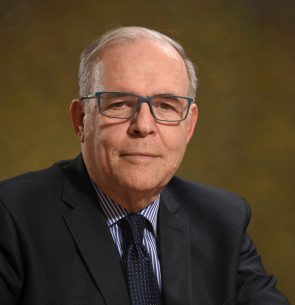 Professor Jonathan (Yonatan) Halevy served as Director General of Shaare Zedek Medical Center in Jerusalem for over three decades. During his tenure, Shaare Zedek dramatically transformed from a once small community hospital into the largest multi-disciplinary medical center in Jerusalem with a 1000-bed facility and an international reputation for excellence in administering advanced and compassionate medical care. Under Prof. Halevy’s leadership, Shaare Zedek established numerous medical departments and units and significantly contributed to medical research in a multitude of fields. As of early 2019, Prof. Halevy serves as the President of Shaare Zedek Medical Center.

Following a two-year fellowship in gastroenterology at Yale, Professor Halevy briefly served as acting head of an Internal Medicine Department in Beilinson before being appointed Director General of Shaare Zedek Medical Center in 1988.

In addition to heading Shaare Zedek and one of its internal medicine units, Professor Halevy served in the past as Chairman of the Public Committee of the National List of Health Services (2013-2015, 2017), Chairman of the Israel Transplant Center, Chairman of the Council for Higher Education Committee to evaluate the need for a new medical school in Israel, and many other senior tasks in the Israeli public health care system.

Professor Halevy is a Clinical Associate Professor at the Hebrew University-Hadassah Medical School. The author of more than 100 medical articles and papers, he has published three books in his fields of special interest.

This website uses cookies to improve your experience while you navigate through the website. Out of these, the cookies that are categorized as necessary are stored on your browser as they are essential for the working of basic functionalities of the website. We also use third-party cookies that help us analyze and understand how you use this website. These cookies will be stored in your browser only with your consent. You also have the option to opt-out of these cookies. But opting out of some of these cookies may affect your browsing experience.
Necessary Always Enabled

Performance cookies are used to understand and analyze the key performance indexes of the website which helps in delivering a better user experience for the visitors.

Analytical cookies are used to understand how visitors interact with the website. These cookies help provide information on metrics the number of visitors, bounce rate, traffic source, etc.

Advertisement cookies are used to provide visitors with relevant ads and marketing campaigns. These cookies track visitors across websites and collect information to provide customized ads.

Other uncategorized cookies are those that are being analyzed and have not been classified into a category as yet.